The ancient Chinese believed that the seasons have a profound cyclical effect on us and we should aim to live in harmony with climatic changes.

The summer offers an abundant variety of plants and our diet should ideally reflect this.

Aim to use brightly coloured summer vegetables and fruits and combine them imaginatively.

On the hottest days, we need to balance the heat of the external environment with a cool atmosphere - eating outside under a gazebo or picnics by the river - and by serving more cooling, fresh foods, such as salads, sprouts (alfalfa, mung), cucumber, tofu and flower and leaf teas, such as mint, lime flower and chamomile. 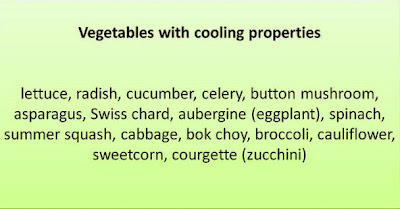 This recipe uses a simple technique called pressing.  This involves salting the vegetables, applying pressure, draining off any excess liquid and then rinsing to remove the salt.  Salting and pressing has the effect of "cooking" the vegetables in the sense of making them more digestible, but preserves the active living enzymes.

The recipe also uses a product called ume plum seasoning, which is fermented from umeboshi plums. 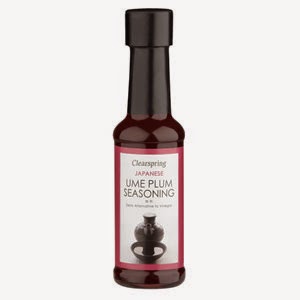 The umeboshi, salt pickled plum, is one of Japan's most remarkable traditional foods, revered since ancient times both as an everyday food and a potent health tonic.  The oldest Japanese record of pickled plums is in a medical text written about one thousand years ago.

During the samurai era, the pickled plum was the soldier's most important field ration. It was used to flavour foods such as rice and vegetables, and its high acidity made it an excellent water and food purifier, as well as an effective antidote for battle fatigue.

Its taste has been described as the culinary equivalent of a cold shower.

Besides its dramatic flavour, the Japanese pickled plum has remarkable properties:


Other medicinal uses of umeboshi plums include:

In Japan, a piece of umeboshi each day is regarded as one of the best tonics available.

A variety of umeboshi-based products such as whole plums, paste or vinegar are available on the market. All of them can be used as a salt substitute in cooking, adding variety and valuable healing properties to our daily food.

In the UK you can buy ume plum seasoning in supermarkets like Sainsbury's and Waitrose and also in health food stores.

If you have enjoyed this post and would like to keep in touch with information, recipes and announcements about new courses, please sign up for my e-newsletter.