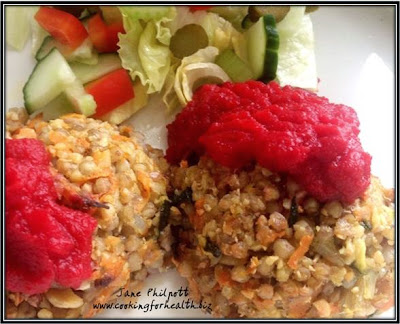 Here is a gluten-free plant-based recipe for some savoury croquettes. These are versatile and easy to make. They can be served as a grain dish alongside other dishes as part of a main meal or eaten on their own with a green salad for a light lunch. 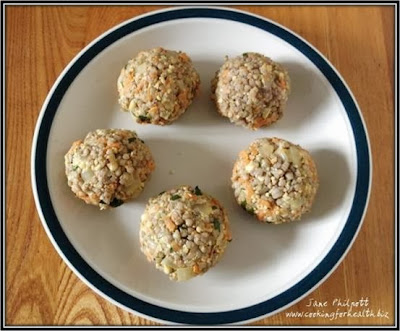 You may be thinking "what on earth is buckwheat?"

Despite its name, buckwheat is not botanically related to wheat at all.

This is excellent news if you are on a gluten-free diet.

Buckwheat is a broad-leaf plant, not a grass like wheat.

The term 'buckwheat' refers to plants in two genera of the family Polygonaceae: the Eurasian genus Fagopyrum, and the North American genus Eriogonum. Rhubarb is also a member of this plant family.

Tartary buckwheat (F. tataricum Gaertn.) or "bitter buckwheat" is also used as a crop, but is much less common.

Common buckwheat was domesticated and first cultivated in southeast Asia, possibly around 6000 BC, and from there spread to Europe and to Central Asia and Tibet.  It was cultivated in Europe in the Balkans around 4000 BC.

In Central and Eastern Europe, kasha - cooked buckwheat - is eaten as porridge, used in pilav or for stuffing traditional Jewish snacks called knish.

Buckwheat is either eaten whole or ground into flour to be used in breads, pancakes or thin noodles (soba).

It can be purchased raw to be lightly dry-roasted at home before cooking and generally combines well with vegetables.

In recent years, buckwheat has been used as a substitute for other grain in gluten free beer.

Nutrients and health benefits of buckwheat


Buckwheat contains about 75% carbohydrate, 18% protein and is rich in iron, zinc and selenium.

Its protein contains all of the essential amino acids except lysine, so its protein value is over 90%.

One of these is called rutin, a phytochemical with interesting biological activities.

Conventionally, rutin is used as an antimicrobial, antifungal, and antiallergic agent. However, current research suggests potential benefits for the treatment of various chronic diseases such as cancer, diabetes, hypertension and hypercholesterolemia. 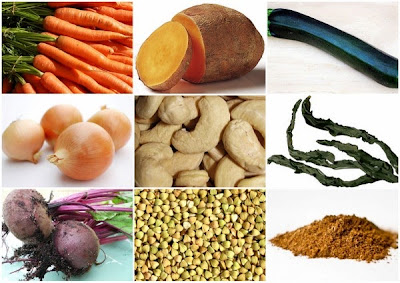 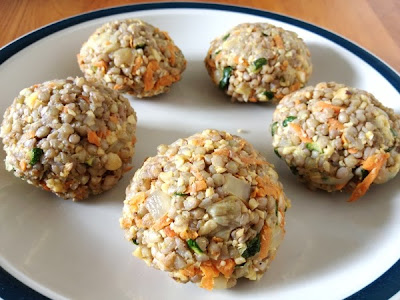 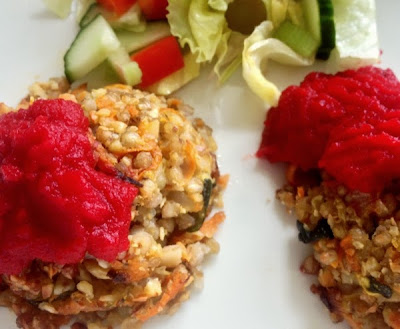 Like rice and other grains, buckwheat provides a neutral base to which almost any combination of seasonal vegetables, vegetarian proteins, herbs and spices can be added.

You can also use a variation of this recipe to make buckwheat pilav. Use 1/2 cup buckwheat cooked in 1 cup water to the same quantity of vegetables listed above. Instead of forming into patties, just mix grain and vegetables together and serve with a garnish. 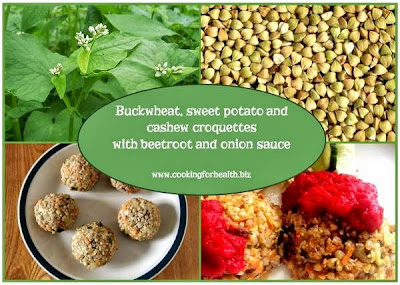